Schuppen 3 to become the new EuropaQuartier

The diggers have been working away, the architects have been busy drafting their plans, and the investors are in full flow: Large parts of the “Schuppen 3” warehouse on Konsul-Smidt-Straße are already being demolished to make room for the new EuropaQuartier by 2021, representing a new milestone for the Überseestadt with a mixture of housing, offices, shops and services. 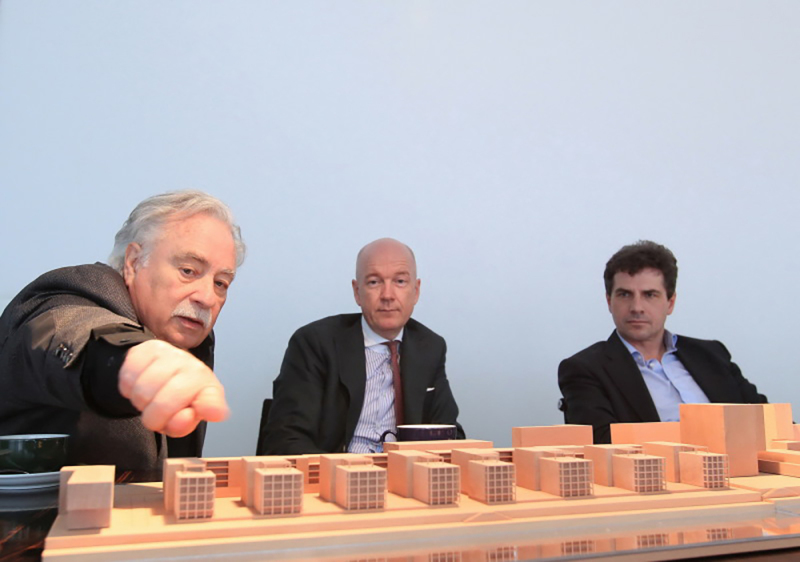 Schuppen 3 used to be around 400 metres long and 59 metres wide. General cargo was stored there until a few years ago. But everything’s about to change… In the future, Schuppen 3 will only be 115 metres long and used for commercial purposes. There’ll be plenty of room for restaurants, offices and studios with around 10,000 m2 of floor space across several storeys. An atrium and nursery for around 100 children are also being planned, and an outdoor area for the nursery will be created on the roof of the building.

The architectural competition was won by Störmer, Murphy and Partners from Hamburg. They plan to maintain the architectural essence of the warehouse and preserve the old crane runway as a landmark. “The winning design was created by an internationally renowned architectural office and creates an excellent symbiosis through the revitalisation of old structures and the integration of flexible new spaces”, says Jens Lütjen, Managing Director of the Robert C. Spies Group. The real estate consultancy office will offer more than just advice throughout the coordination and development processes; it will also deal with the brokerage of apartments and commercial spaces.

Another landmark in the Überseestadt

The new, old Schuppen 3 will stand directly next to the “Hochpunkt”, a 56-metre-high residential building with 15 floors. The competition to design the building was won by the Sauerbruch Hutton planning office in Berlin. It’s very much visible from afar and stands out for several aspects like its wavy façade. “The well-proportioned, water-facing Hochpunkt has a light and elegant design and will become a defining feature of the Überseestadt and a lively address in the future EuropaQuartier”, says Ingo Damaschke, Managing Director of the ASSET Group and investor in this large-scale project. 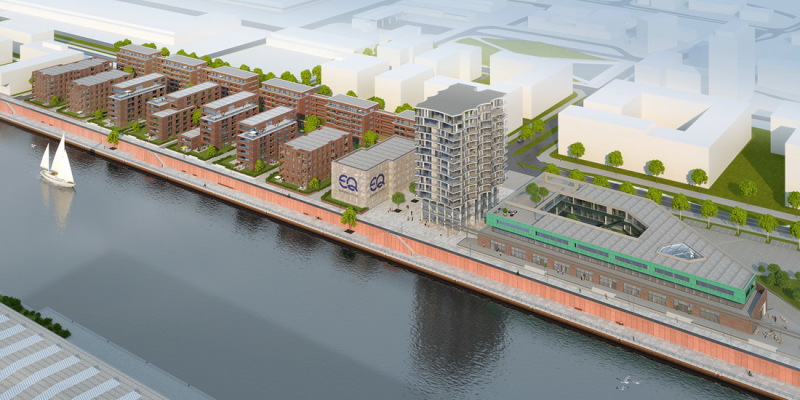 First subsidised housing project with a view of the water

Other apartments are also being built next to the “Hochpunkt”. Around 520 apartments – all with a view of the water – are scheduled to be built with 49,000 m2 of floor space. Around 360 south-facing condominiums on the Europahafen will be joined by a second offset row of around 160 publicly subsidised rental apartments. The largest housing developer in Bremen, GEWOBA, acquired the entire share of subsidised housing with a total of 15,700 m2 of floor space in March 2017.

The architectural competition was won by Stefan Forster’s planning office in Frankfurt. The jury was impressed by the high-quality materials, well-designed floor plans, sophisticated lighting and view of the water. “This will be the first publicly subsidised housing scheme in Bremen with a popular south-west orientation and view of the water”, highlights Ingo Damaschke. “Both buildings on the subsidised housing scheme will be constructed in the very first phase of the project. This will be followed by the construction and conversion of the commercial complex in the second quarter of 2019”.

Condominiums with one to five bedrooms

360 condominiums with one to five bedrooms will be split across eight buildings located right on the promenade. They’ve been designed by Springer Architekten in Berlin and Haslob, Kruse and Partners in Bremen. Springer has opted for classic port architecture, while the Bremen architects’ design is based on a “cubic building structure and solid overall impression”. Lütjen mentions its “robust beauty with lots of striking details”. The mix of publicly subsidised and purely private housing gives off a “harmonious overall impression with sturdy brickwork and a vibrant port atmosphere”, adds Damaschke. “We want to accentuate the architectural consistency”.

The complex will have an underground car park with 600 spaces, and 100 public parking spaces will also be created along Konsul-Smidt-Straße and the new streets in the area.

Why is it called the EuropaQuartier?


The EuropaQuartier is located on the Europahafen, which is  where it gets its name. But that’s not the only reason: “Europe is now perhaps more important than ever before. The name also stands for European values like openness and tolerance. We hope to use the name to create a symbol for Bremen and the Überseestadt. This is a place where many different people and requirements meet”, says Lütjen. This European concept is also reflected by the street names: The square between Schuppen 1 and the EuropaQuartier is called “Europaplatz”. The second public square in front of the planned Hochpunkt building will be called “Robert-Schuman-Platz”, named after the architect of European integration. The three parallel streets between the houses on the waterfront will be dedicated to Jean Monnet (1888-1979), Altiero Spinelli (1907-1986) and Simone Veil (1927-2017), who also made outstanding contributions to European integration. The new street running parallel to Konsul-Smidt-Straße through the district will be called “Hinter der Kranbahn” (“Behind the Crane Runway”).

The EuropaQuartier is being developed by the Asset Group as one of the most ambitious construction projects in the Überseestadt with around 300 metres of waterfront, 520 new apartments, 65,000 m2 of floor space and investments worth 175 million euros. The EuropaQuartier should be finished in 2021. Lütjen summarises this milestone in Bremen’s urban rejuvenation: “This project shows that close communication and a trusting cooperation between politicians, administrators, architects, project developers and real estate companies can make a significant contribution towards the successful implementation of dynamic urban development projects”.

Learn more
New harbour district
The taste of the Überseestadt…