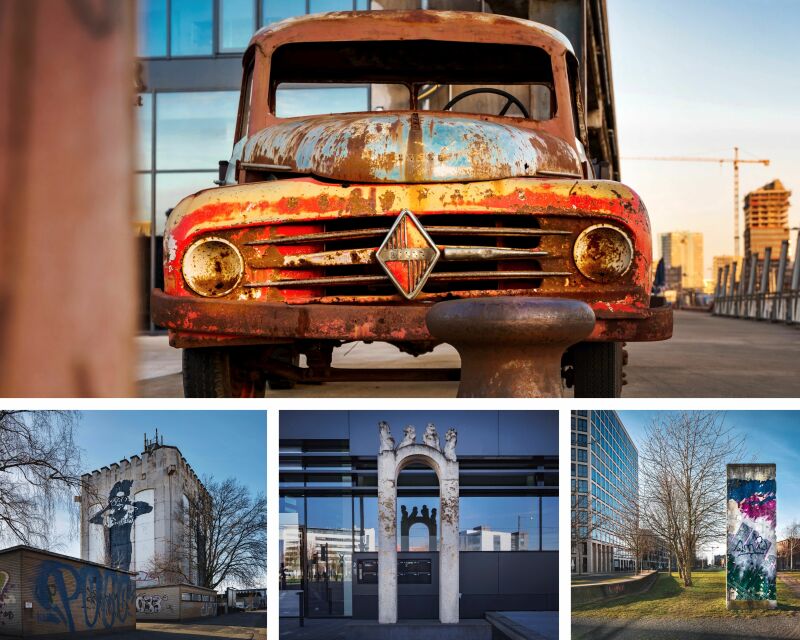 Free and outside: we present urban artworks in Überseestadt that you can discover on a leisurely stroll through the neighbourhood. These include a piece of German history, mysterious sculptures and a Bremen cult runabout.

A piece of German history 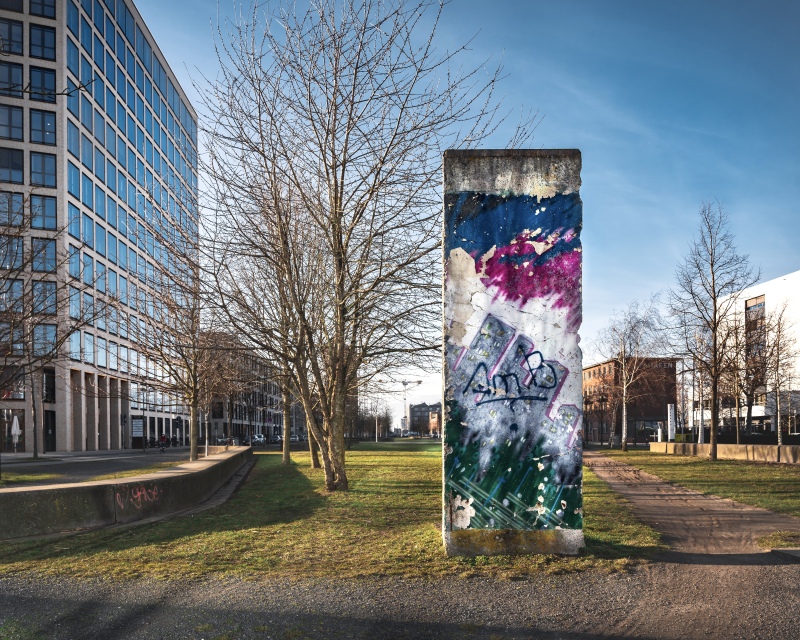 Is that...? Yes, there really is a piece of the Berlin Wall in Bremen's Überseestadt. Since 2010, the 3.50-metre-high, 1.20-metre-wide and almost three-ton monument has been located at the entrance to Hilde-Adolf-Park in the Kaffeequartier. How did this piece of German history end up in Bremen? For the 20th anniversary of German unity, the BILD newspaper presented each of the 16 federal states with a part of the 140-kilometre-long wall that once divided Germany. The monument was erected in the Kaffeequartier because Bremen's celebrations of the 20th anniversary of German unity took place here in October 2010. 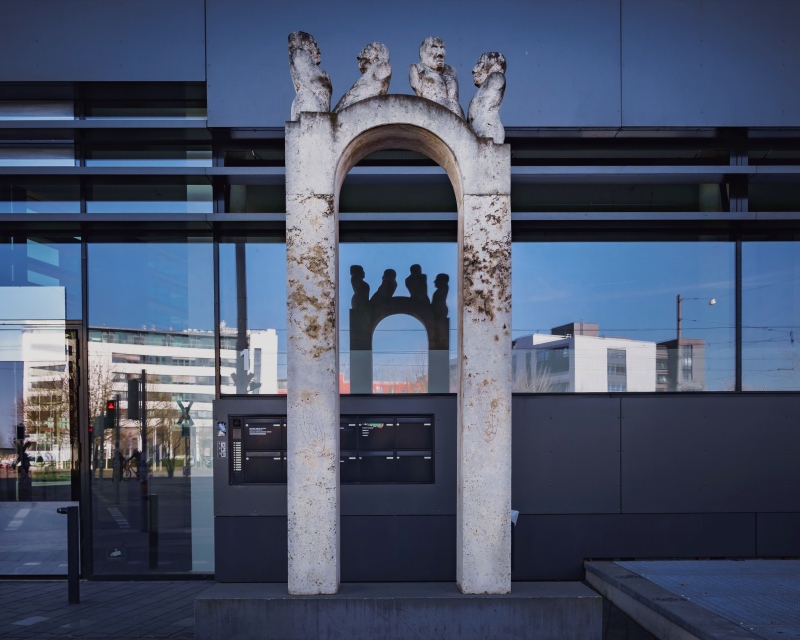 Not far from Hilde-Adolf-Park stands this sculpture, which adorns the entrance to the wpd company building on the corner of Eduard-Schopf-Alle and Lloydstraße. No inscription reveals what kind of work of art it might be, and even a search on the Internet yields no results. Only an enquiry at wpd brings light into the darkness: the work bears the title "Brückenschlag". It was created by Hans-Joachim Müller, a sculptor born in Donaueschingen in 1952 who has lived and worked in Bremen since completing his studies. The sculpture initially stood at the former headquarters of the law firm BLANKE MEIER EVERS in Bremen's Kurfürstenallee. Together with wpd, the law firm also moved into the new office buildings at Stephanitorsbollwerk in 2014. Of course, according to wpd, the sculpture was also part of the move.

Graffiti for the church 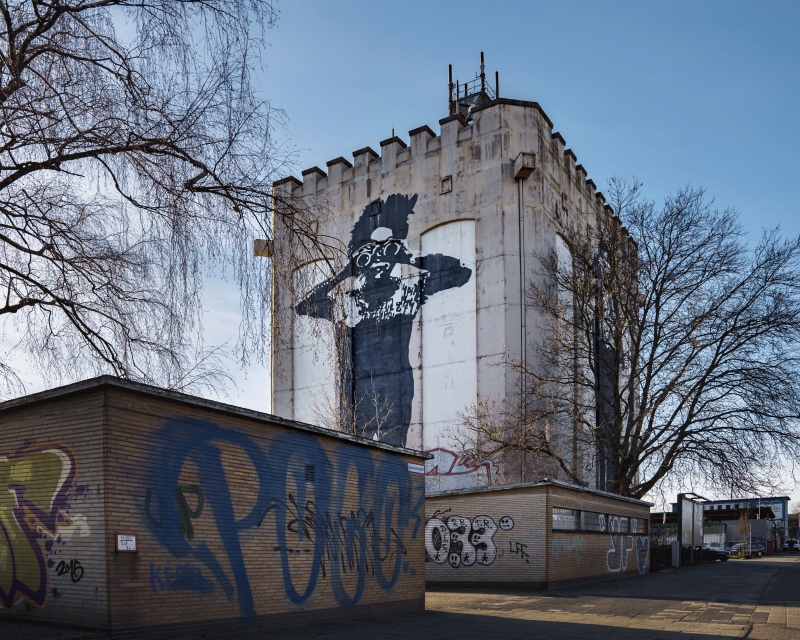 At the Hansator, huge people with binoculars observe what the people around the Hochbunker are up to. "Look at me, look at you" is the title of this work by artist Victor Ash. The 25-metre-high murals on the walls of the bunker were created in 2009 for the 32nd German Protestant Church Congress in Bremen on the theme "Man, where are you". The Portuguese-born artist has immortalised himself all over the world with his works of art. He also created the famous "Astronaut Cosmonaut" on a residential building in Berlin-Kreuzberg, one of the most photographed murals in the capital. If you want to see this and other works by the artist, you don't necessarily have to travel to Berlin or around the world: They can also be viewed on the artist's website. 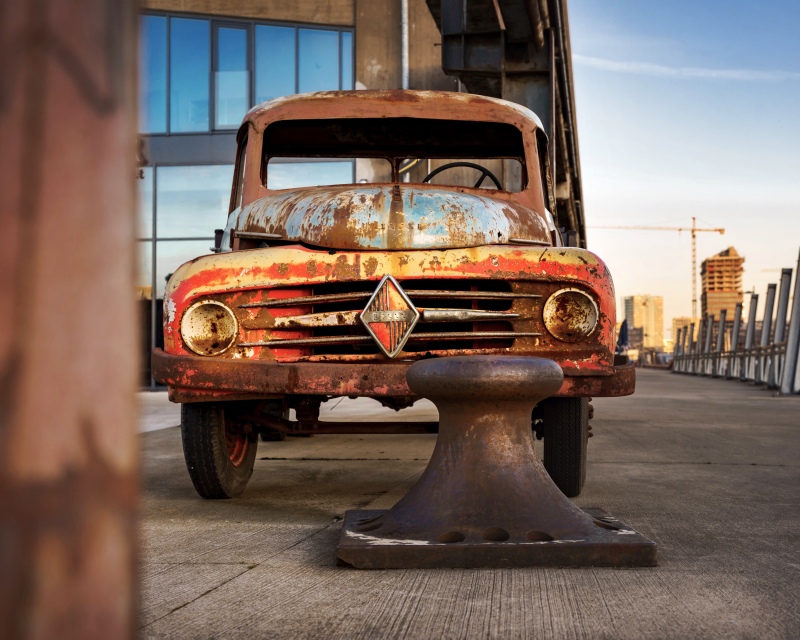 Borgward produced around 1 million vehicles in Bremen until the beginning of the 1960s. Among them was this B1500 light truck with a payload of 1.5 tonnes, which saw the light of day between 1954 and 1960. The aging cult vehicle, which is permanently parked in Überseestadt, is still an eye-catcher and one of the most popular photo motifs around the Europahafen. The Centre for Automotive Culture and Mobility presents even more beautiful classic cars in the huge, listed Shed One. More than 50 vehicles from all decades are on permanent display here. More information on offers, guided tours and changing exhibitions can be found on the website ofSchuppen Eins. 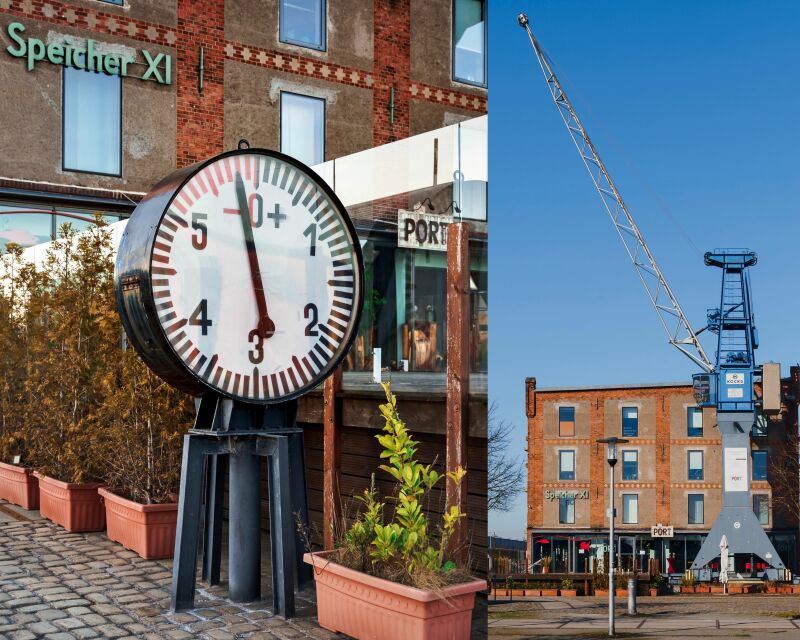 Walkers can experience a journey into the past around Speicher XI. In front of the harbour museum, they can take a look at the water level gauge that measured the water level in the harbour basin of the former Überseehafen. The Überseestadt has been under construction on the site since 2004. The water level gauge is not the only reminder that sailors and dockworkers used to toil here. The 250-tonne crane, which has been on display in front of the Speicher XI harbour museum since 2004, is also a reminder of times gone by.

Retter in der Not 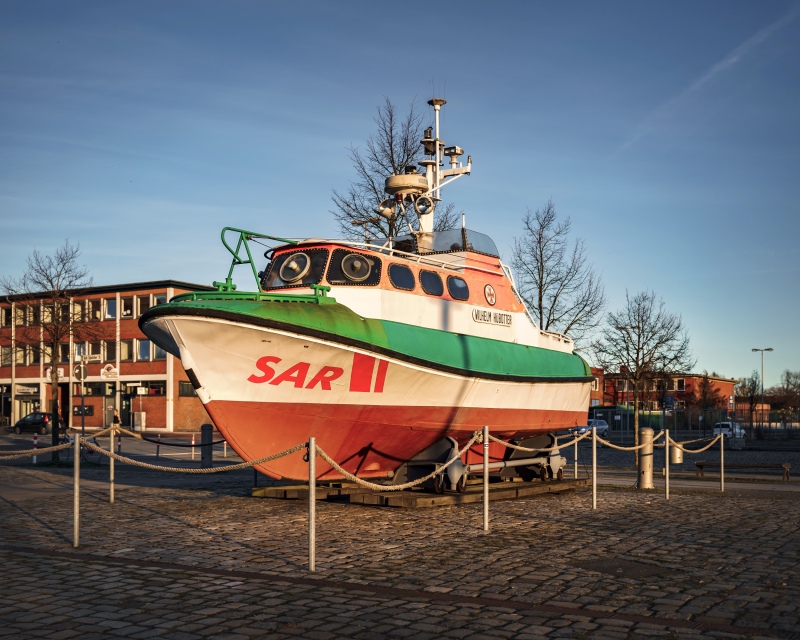 A few metres further on, there is even more maritime history to discover: The Wilhelm Hübotter, a 9-metre-class sea rescue boat of the German Maritime Search and Rescue Service, is spending its retirement here. Named after the architect Wilhelm Hübotter, the boat was in service on Wangerooge and in Horumersiel until it was decommissioned and given to the harbour museum. Those who want to explore even more exciting exhibits can continue the discovery tour indoors: 120 years of Bremen's harbour history is offered by the harbour museum in Speicher XI and a free detour to the Infocenter Überseestadt is also worthwhile.