8 Products from the Überseestadt 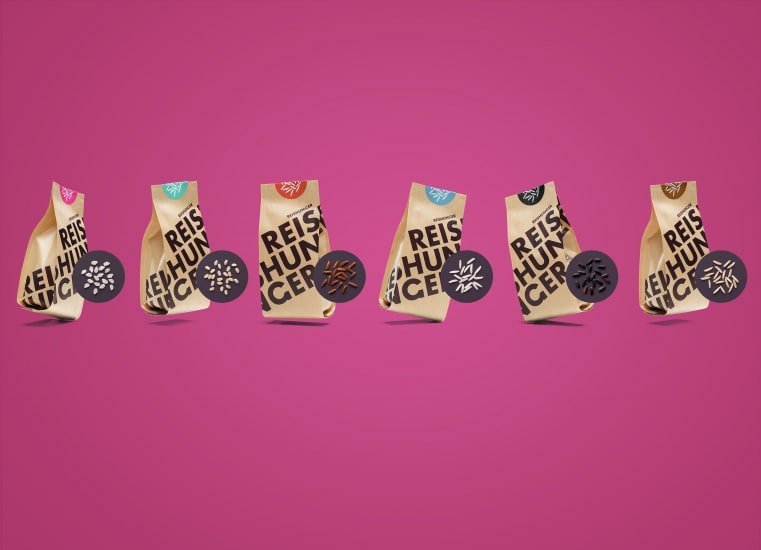 In 2010, Sohrab Mohammad and Torben Buttjer started their mission for more rice diversity in Germany and founded their company Reishunger in Überseestadt. The small start-up based in Speicher XI has since grown into a company with around 80 employees. The team imports rice directly from farmers and rice mills around the world to Bremen. The online shop sells 25 different types of rice, as well as sauces, spices and accessories such as rice cookers. A look behind the scenes at Reishunger can be found here:

Recommended Editorial Content
If you click on "Youtube activation", the content will be loaded from Youtube and your data will be transmitted to Youtube. The service provider is located in the USA. There is no adequate level of data protection for the USA. If you do not want data to be transmitted, please do not click the button. Further information can be found in our data protection information.
Ich bin damit einverstanden, dass mir externe Inhalte angezeigt werden. Damit können personenbezogene Daten an Drittplattformen übermittelt werden. Mehr dazu in unserer Datenschutzerklärung.
Leider ist beim laden des externen Inhalts etwas schiefgelaufen.

His first job was that of a bounty hunter: Timo-Noé Chitula was a headhunter for a recruitment agency in the IT sector before he came up with the idea of setting up his own business and founding his first company, MyCupOfTea, in Überseestadt. In the online shop, you can buy individual tea compositions - even with a dedication. The tea is mostly sold online, but you can also sometimes try it in Überseestadt: Jaya occasionally offers MyCupofTea's chai tea as an iced tea in the summer. 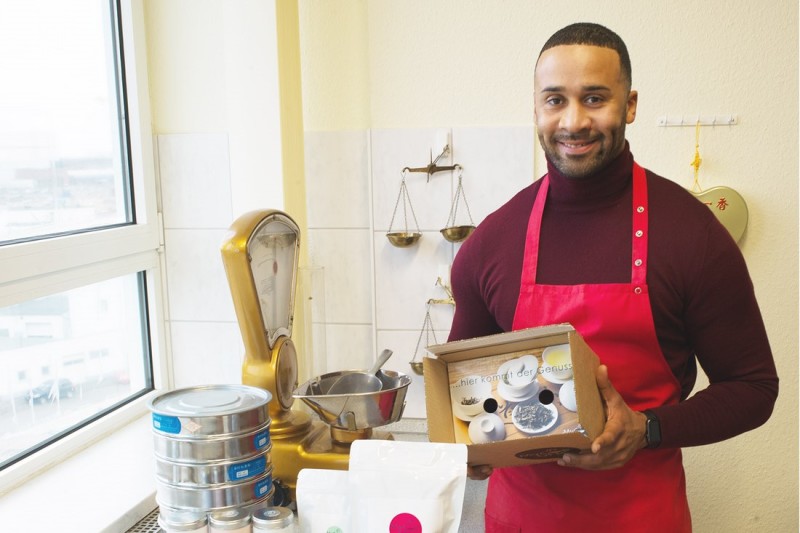 North Germany's only premium distillery is located between Schuppen 2 and Europahafenkopf. Birgitta Schulze van Loon produces fruit brandies, fruit and nut spirits, liqueurs, bitters, single malt whisky, gin and rum in her factory. The flavours are reminiscent of Bremen's history: the range includes gin with a coffee note, tea with gin or gin with hops. The top seller is Überseebrand, a fruit brandy made from apples and pears. All products can be bought in the salesroom in Überseestadt or in the online shop.

Lloyd Caffee is Bremen's oldest coffee roaster still roasting in the traditional way. The green coffee, made from 100 percent high-quality Arabica beans, comes from small family plantations in South America, Africa and Indonesia. In the glass coffee roastery at the Holz- und Fabrikenhafen, the beans are gently roasted by hand by master roaster Christian Ritschel. The brewed coffee or espresso is then available for purchase in the online shop or retail shop (with café) as whole beans or packaged in ground form.

A gingerbread factory in the north is exceptional - hence the special quality: the Elises are baked entirely without flour, only from almonds, nuts, marzipan and the mild North German spice mixture. In addition to the classic varieties such as Elise Original and Almond, there is the Nordsee Elise with sea buckthorn fruit, Hanseaten Elisen with chocolate pepper and also gluten-free, vegan mini Elisen gingerbread. You can get all this from October to December in the shop on Fabrikenufer or in the online shop. 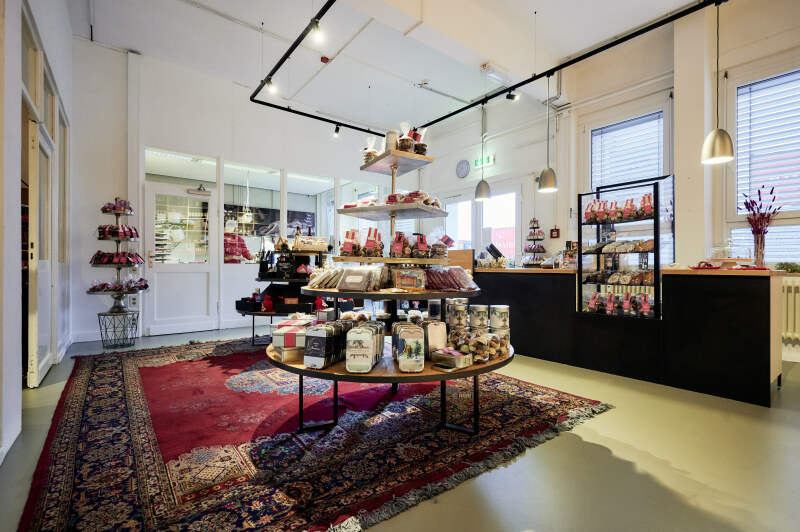 The Bremer Braumanufaktur, based on the former Kellogg site, is very much in the old Bremen brewing tradition and is reviving it with beers from the Hopfenfänger brand. The range includes Kräusen, Schwarzbier, Indian Pale Ale, Rotbier or Helles. Together with Schüttinger Gasthausbrauerei, the team at Bremer Braumanufaktur has also developed the new Ale No. 2. A drinkable beer with a regional flavour and a slightly fruity aroma. Part of the proceeds from the sale of Ale No. 2 go to the non-profit urban gardening project Gemüsewerft, which grows the hops for the beer. 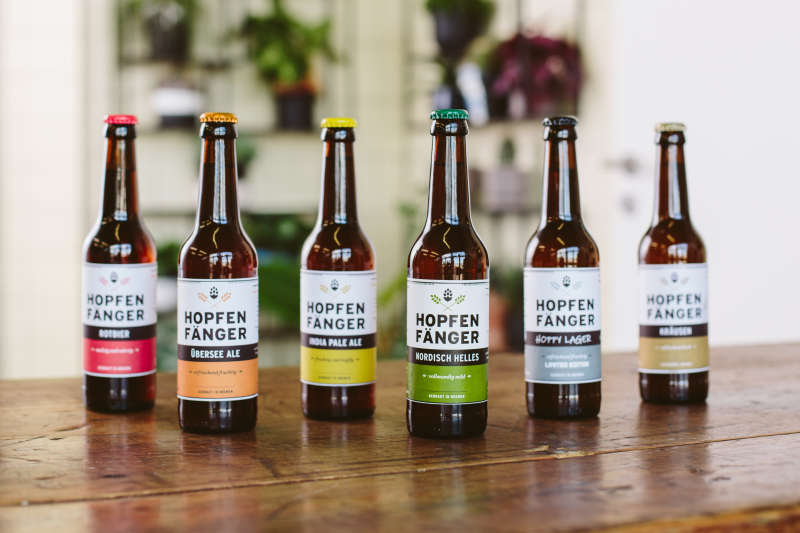 The former Kellogg company site is hardly recognisable. The Gesellschaft für integrative Beschäftigung (GiB) has created a small green oasis on the former factory car park: the Gemüsewerft. Vegetables, herbs and fruit thrive in 350 raised beds, and around 400 hop plants grow tall. During opening hours, you can buy vegetables, herbs and fruit here - from strawberries to kale. If you like, you can pull the vegetables out of the ground yourself, weigh them and then pay for them. Herbs and fruit can also be harvested directly.

Recommended Editorial Content
If you click on "Youtube activation", the content will be loaded from Youtube and your data will be transmitted to Youtube. The service provider is located in the USA. There is no adequate level of data protection for the USA. If you do not want data to be transmitted, please do not click the button. Further information can be found in our data protection information.
Ich bin damit einverstanden, dass mir externe Inhalte angezeigt werden. Damit können personenbezogene Daten an Drittplattformen übermittelt werden. Mehr dazu in unserer Datenschutzerklärung.
Leider ist beim laden des externen Inhalts etwas schiefgelaufen.

Rolandmühle is one of the largest flour producers in Germany. On the 15,000 square metre company premises at the Holz- und Fabrikenhafen, the employees of the Roland Mills United holding company process 360,000 tonnes of wheat and rye every year. The company has a long tradition. It is run by the sixth generation of the Erling family, which has been supplying Bremen and the region with flour for 200 years. The beautiful, imposing silo made of brick is listed as a cultural monument in Bremen's database of historical monuments. 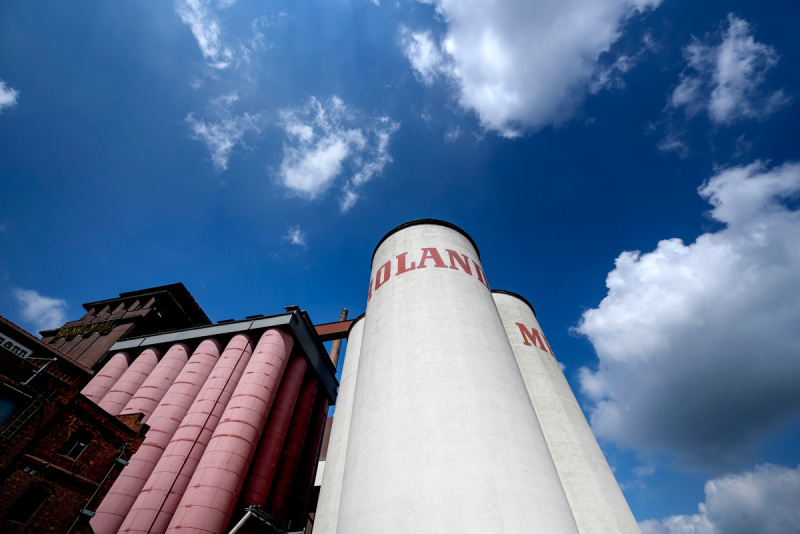