In January 2018, construction work on the “Waller Sand” project began on the turning basin in the Überseestadt. Waller Sand was officially opened on 15 May. 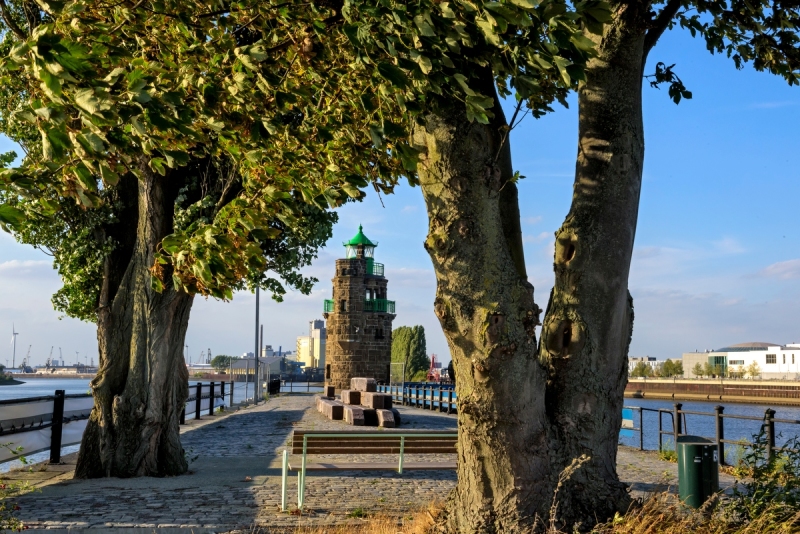 It’s taken around one and a half years to build Waller Sand on the turning basin in the Überseestadt. The first construction phase began in August 2017, when the water and land were cleared of explosives left over from the Second World War and the first parts of the Molenturm area were developed.
This was followed by the first work on the water in January 2018 (the basin was filled with sand, and an embankment was built to create a new flood protection line). In autumn 2018, the landscape designers started working on the beach park and the first paths were built along the flood protection line.
The most important construction work was completed in May 2019, when the beach park was opened to the public. All plants and trees will have been planted by 2022, and more benches and seating areas are also planned.
The area was mainly redesigned to offer greater flood protection. Local councillors and residents helped come up with the idea to combine the area with a beach park.
The area comprising the Waller Sand beach park and the Molenturm extends for around 3 hectares. The sandy area covers 2.2 hectares, making it roughly the same size as three football pitches. Hydraulic fill dams were constructed as a new embankment, which was filled in with 175,000 cubic metres of sand delivered by ships.
However, bathing isn’t possible around Waller Sand for safety reasons, as ships are still operating around the turning basin.
The Waller Sand beach park was the first stage of construction to be completed in June 2019, and it was officially opened in May 2019.

A place with potential
With the pier tower to the left, the imposing silhouette of the grain transportation system and ships to the right and the river Weser in between, the shoreline along the turning basin in the north-west of the Überseestadt could be so much more than a place with an unattractive stone embankment and little to offer its visitors. Recreation, leisure, relaxation, adventure – it’s a place with real potential – and that’s exactly what is now being brought out with the development of the Weiche Kante.
The stone embankment provides flood protection but needs to be rebuilt, presenting the opportunity to breathe new life into the place. The stones will be replaced by sand, the shoreline will be decorated with plants and there will be a smooth transition between land and water – the Weiche Kante.

Why and for how much?
The City of Bremen is pursuing two central objectives with the development of the Weiche Kante: On the one hand, it’s a pilot scheme for sustainable urban flood protection to create new spaces, promote activities around the water and riverside, and prevent the city from becoming separated from its waters. On the other hand, it plays a pivotal role in urban development, as the new space for leisure and relaxation should bring Bremen’s Überseestadt closer to the districts of Gröpelingen and Walle. The Weiche Kante will cost just under 8.7 million EUR to develop. However, the City of Bremen has managed to raise a considerable amount of external funds for the project – almost 85% of the costs have been covered by the German government and the European Regional Development Fund. 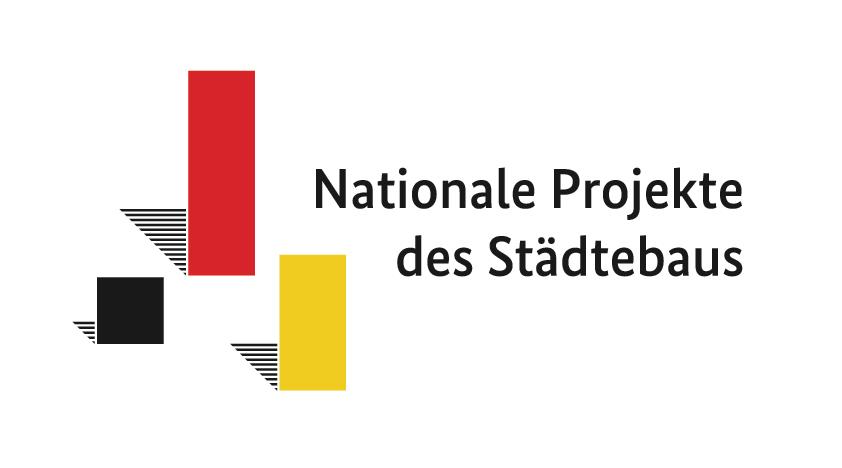