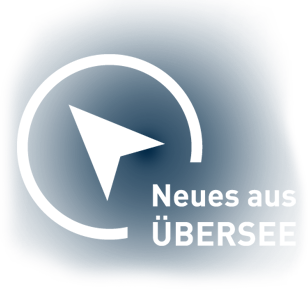 The outbreak of the First World War practically brought an end to all foreign trade: Sea and land routes were blocked, ships and offices were captured in enemy territory, and part of the workforce was called up to the army. The 6,323 ships that had arrived in Bremen’s ports in 1913 had been reduced to 894 by 1915. It took a while for production to successfully switch to armaments, such as at AG Weser and the Atlas Works at the Europahafen. The Auxiliary Service Act of December 1916 then effectively obliged all sectors of the economy and all available male workers to join the military cause. The ports’ transhipment figures increased slightly as the war went on, especially through trade with the Baltic Sea region.

Following the turmoil of war and the failed Soviet Republic of Bremen, the city’s ports were deserted with no goods or ships. The total amount of Bremen’s ships had been reduced to a quarter of its pre-war inventory, and the remaining vessels were predominantly sailing ships and barges. The rest had been sunk or commandeered by the Allies. Imports were also hindered by the decline of the Reichsmark against other currencies, and a lack of raw materials prevented the rapid growth that could have been produced by exports in the post-war peace industry. Grain and oil mills were the only sectors working at full capacity - apart from the black market and smuggling trade. The weak currency did have one advantage: German shipping companies were able to undercut their foreign competitors and use their scarce resources to their full capacity. This was hindered slightly when the exceptional railway tariffs for seaports were abolished, as these had significantly reduced transportation expenses via the adjoining Weser Train Station into the mainland. In 1920, revenue reached half of where it had been before the war. The construction of the “Bremen” in the neighbouring shipyards of AG Weser was only possible after the river Weser had been dredged out even deeper to a depth of 8 metres (1924-29). Facilities and equipment remained state-of-the-art, but the ports’ revenue dropped by 25% between 1931 and 1932 during the Great Depression.

The German Nazi Party (NSDAP) made huge ground in the parliamentary elections of 5 March 1933 and, alongside the Black-White-Red Struggle Front (KSWR), an alliance dominated by the German National People’s Party (DNVP), the government had a parliamentary majority after the election and was able to use this support to pave the way to the dictatorship. The subsequent elections in November 1933 offered voters a single list of NSDAP politicians in conjunction with a referendum on the country’s withdrawal from the League of Nations. The political change was as radical as the economic climate was brutal. Bremen, as a trading city, was also hit by the crises in the rest of the world. The majority of industrialised nations controlled currency trading to the extent that compensation transactions (the direct exchange of goods without money) soon became a part of daily trading. In the pre-war years, the revenue of Bremen’s ports stayed more or less the same, while the value of goods decreased. The main goods remained wool, tobacco, grain and coffee. By 1936, overseas trading had got back to 75% of where it had been in 1929. Little changed in the first years of the war until a lack of raw materials and workers in production companies led to the collapse of the export trade.

In June 1942, the Royal Air Force started its air raids on Bremen, its ports and the companies important for the war effort, such as AG Weser. American attacks caused the most serious devastation from the summer of 1943 onwards. The bombing affected the Rolandmühle and Hansamühle mills, virtually all storage facilities, cranes, and railway tracks at the Europahafen, almost all warehouses at the timber port and many ships. Similar devastation was caused in the neighbouring district of Walle, which was practically turned to rubble. Restoration projects in the winter of 1944/45 allowed wood, coal and iron ore to be supplied for a short period. On 20 April 1945, British troops led by General Montgomery captured the Hanseatic City after one last futile defence.